At the Super Pirate Awards, there is one male and one female awarded Athlete of the Year based on athletic performance.

For the first time a Pirate, Cole Lewis, received both Male Athlete of the Year awards.

Lewis excelled in tennis, swimming and soccer making all-conference in all three and all-region in soccer. He was named MVP in tennis. A captain on the soccer team, he has shown great leadership skills throughout his time at Lumberton High School. He received the Super Pirate Award all three years as a Pirate.

You can make it to college without playing sports, but you can’t make it to college without putting in hard work in the classroom. Lewis was well aware of that and excelled in the classroom. He was a member of the National Honor Society, Beta Club, Science Olympiad, NASA, and he was SGA parliamentarian. Outside of school, he is a Junior member and co-captain at the Lumberton Rescue Emergency Unit. Lewis was also a NCHSAA scholar-athlete. 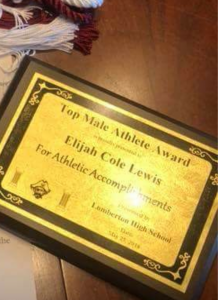 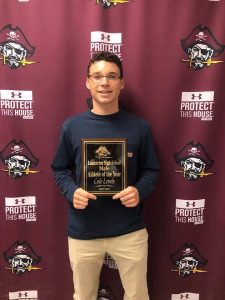 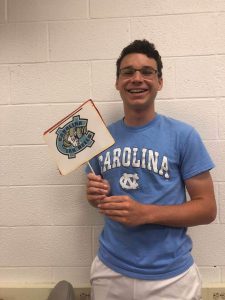