Saturday, August 31st, 2015 Pirate graduate Jermaine Williams and 2016 Pirate graduate Pete Townsend once again played on the same field. This time was different, because they were rivals.

Williams plays for North Carolina A&T Aggies and Townsend for Elon Phoenix. It was a close, nail biting game. With 1 second left on the clock, the Aggies won with a 52 yard field goal. The final score was Aggies 24 and Phoenix 21.

Williams (defensive tackle) and Townsend (Offensive tackle) exchanged some friendly “trash” talking while they were on the line. It was a memorable game for them going head to head.

We are so proud of Williams and Townsend and can’t wait to see their future accomplishments. Go Pirates! 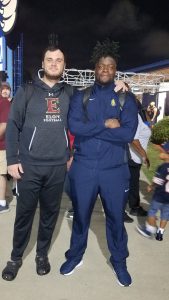 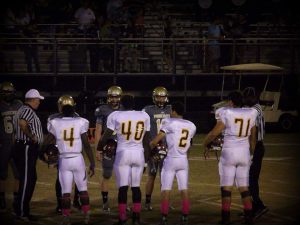