If you coached Josh Sheridan, taught him (public school or Sunday school), or have been his teammate and/or friend, then you know what a hardworking guy he is. Sheridan has worn #37 while playing football at the University of North Carolina until this year, which is his senior year. He announced before the beginning of the season that he would be wearing #1. Most thought that he chose that number and didn’t think anymore about it.

Click here to read the article from The Robesonian explaining the meaning behind him changing his number.

We are so proud of Sheridan and wish him the best his senior year. 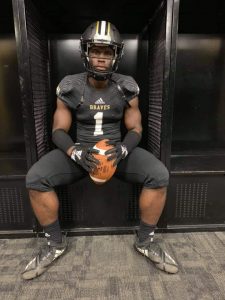