Michael Dudley is a name that many Pirate fans will recognize, and if you know him you were not surprised about his recent book release. He is ambitious and continuously strives to reach tough goals he sets for himself. His book, “A life of lifting with Mike Dudley”, was released earlier this month and can be found on Amazon.

Dudley says he was inspired by his friend Azell Houston who, unfortunately, is no longer with us. “He (Houston) spoke about changing the culture and leadership within our community. I decided to write a book because I felt like my story could be used as motivation for others. I felt as if this is one of the ways I could give back” (Dudley).

If you are interested in powerlifting, Dudley is definitely one to look to for advice. He holds three first place national championships, two first place world championships, and one bronze medal in the World Open representing the USA. Last year in Japan he broke the all time standing world bench press record in the 105kg class, and he currently holds the national raw drugfree bench press record at 220lbs.

In addition to being an “author” and powerlifter, 2006 Pirate graduate Michael Dudley is a Combat Medic in the United States Navy. He is an a HM2 (Hospital Corpsman) and works with the Marine Corps as their first line of medical treatment on deployment and operations. 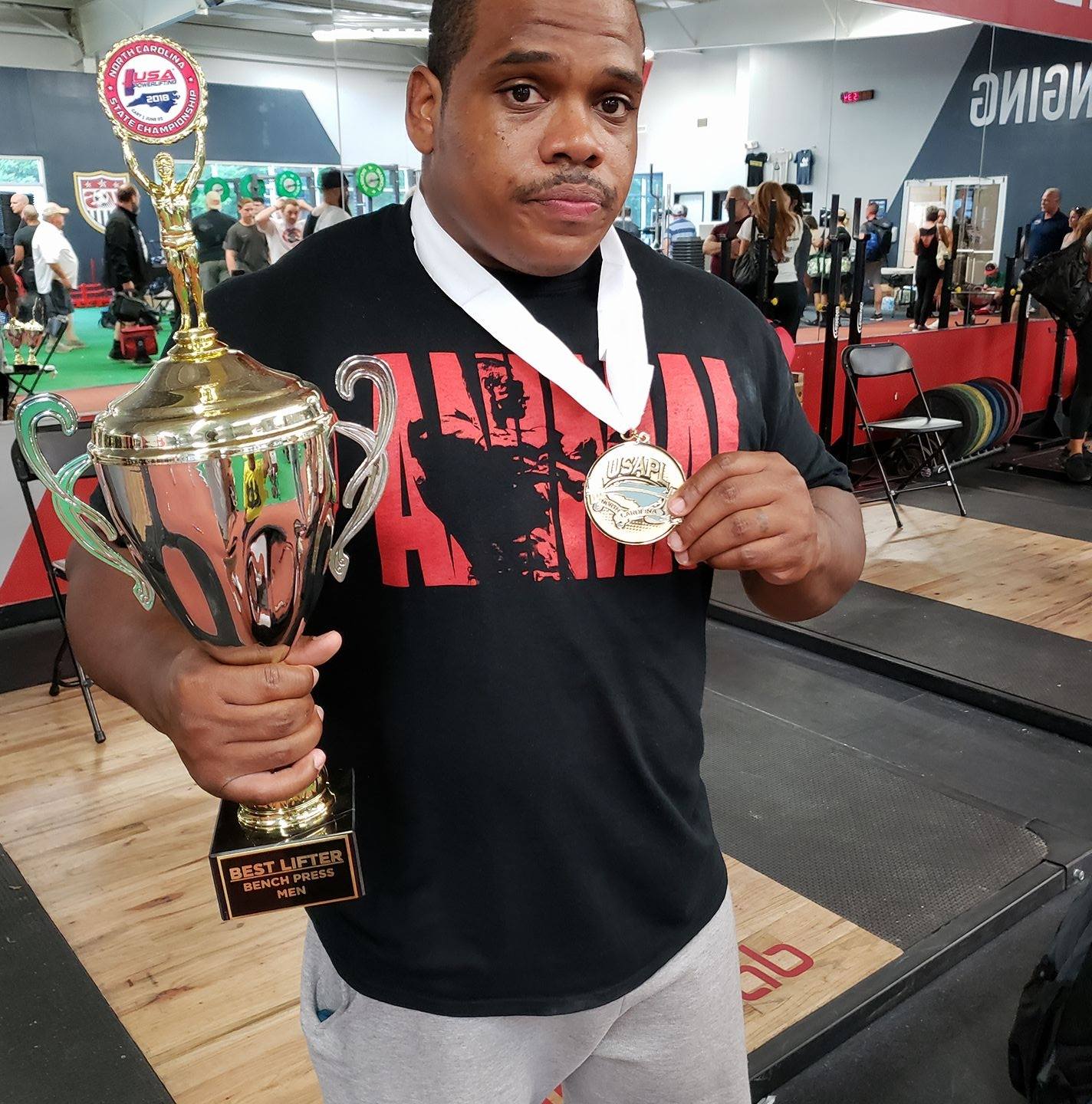 We have published several articles in the past on Michael Dudley. You can view them at the links below: