The Pirate basketball team being presented with their state championship rings was long overdue, but it was just not possible due to the pandemic. Last night they finally received much deserved recognition and their rings at Alton Brooks Stadium.

COVID precautions were taken with guests wearing masks, tables spaced apart, and LOTS of hand sanitizer was available. When entering the gate, each person had to answer a series of questions from athletic trainer Matt Ferrell. Ferrell checked each person’s temperature before allowing them to proceed to the field.

A table was set up for each family with the player’s name taped at the top of the table. On each player’s table was a commemorative 2020 NCHSAA State Championship book, medal, state championship insert from THE ROBESONIAN, t-shirt, and a RING.

The night began with a welcome from Pirate Athletic Director Malcolm Register and then prayer with Dr. Robert Locklear. Dr. Robert Locklear blessed the food before the seniors were called to get in line to be served first. Food was provided by McNeill’s and included hamburger steak, gravy, mashed potatoes, fried chicken, corn, green beans, macaroni and cheese, rolls, strawberry shortcake, banana pudding, water and sodas. The Pirates and guests enjoyed watching the East Regional Final against Pinecrest that was played at Fayetteville State University while they enjoyed their meal. The game was projected onto a large outdoor screen. Some of the best moments Monday night were watching reactions as Pirates heard the announcer say their names during the game. The pride in their faces was priceless!

The Pirates defeated Pinecrest at Fayetteville State University with a final score of 66-47. The score was displayed on the scoreboard at the field Monday night. 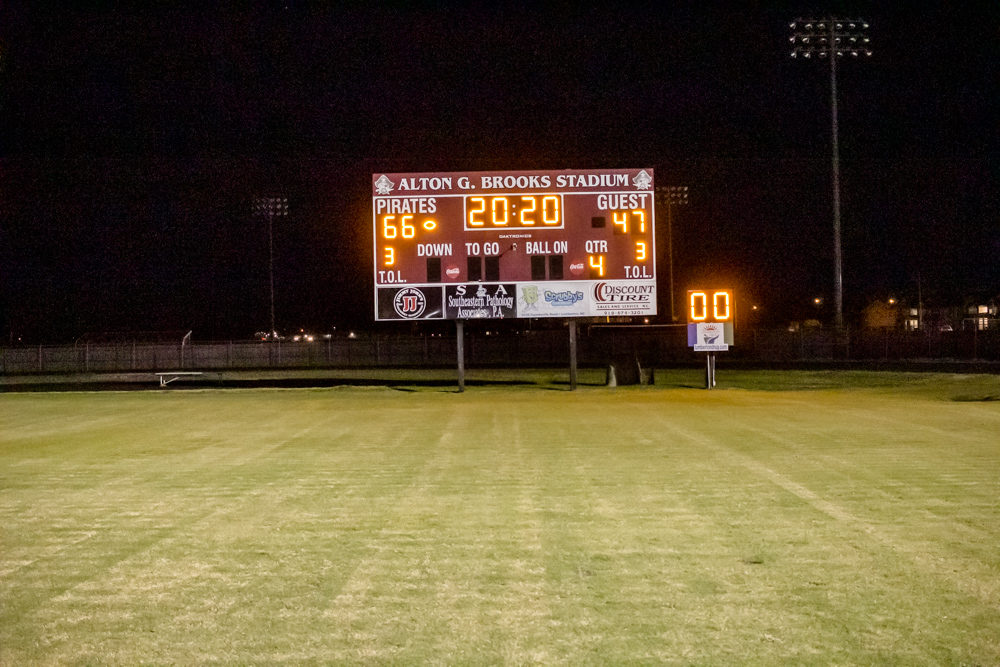 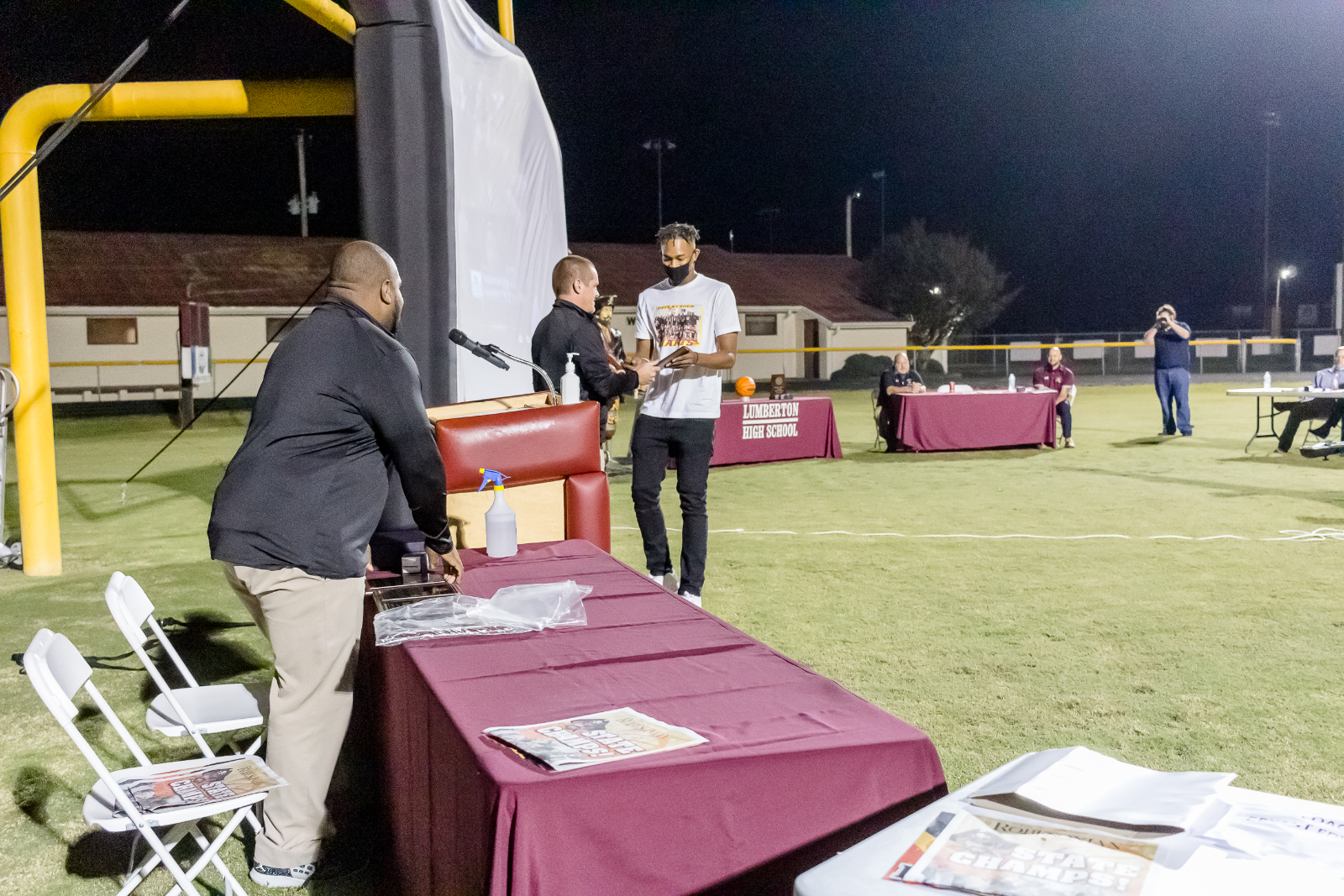 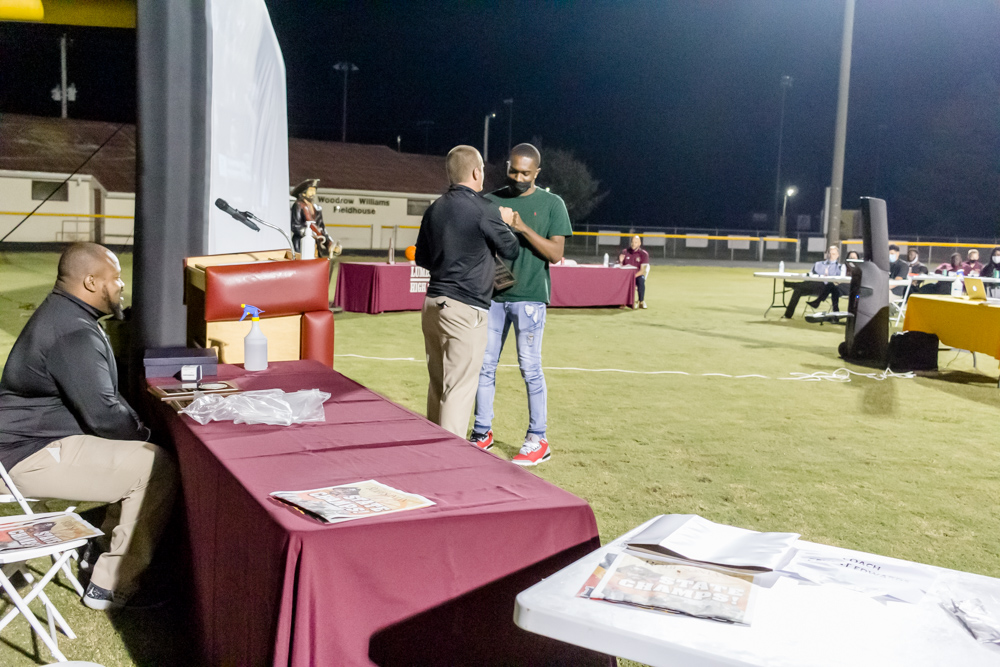 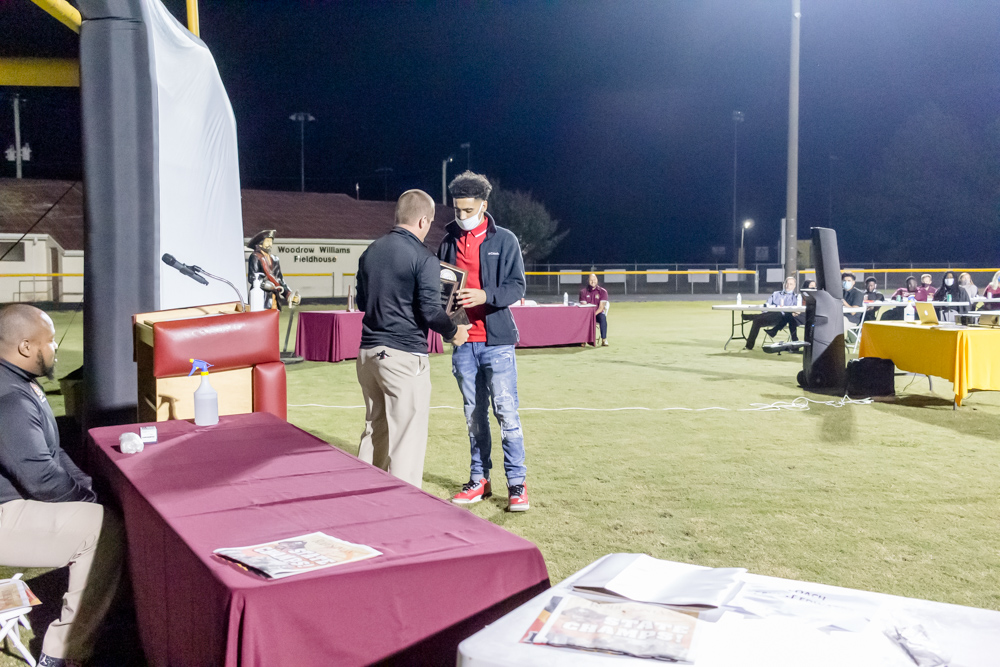 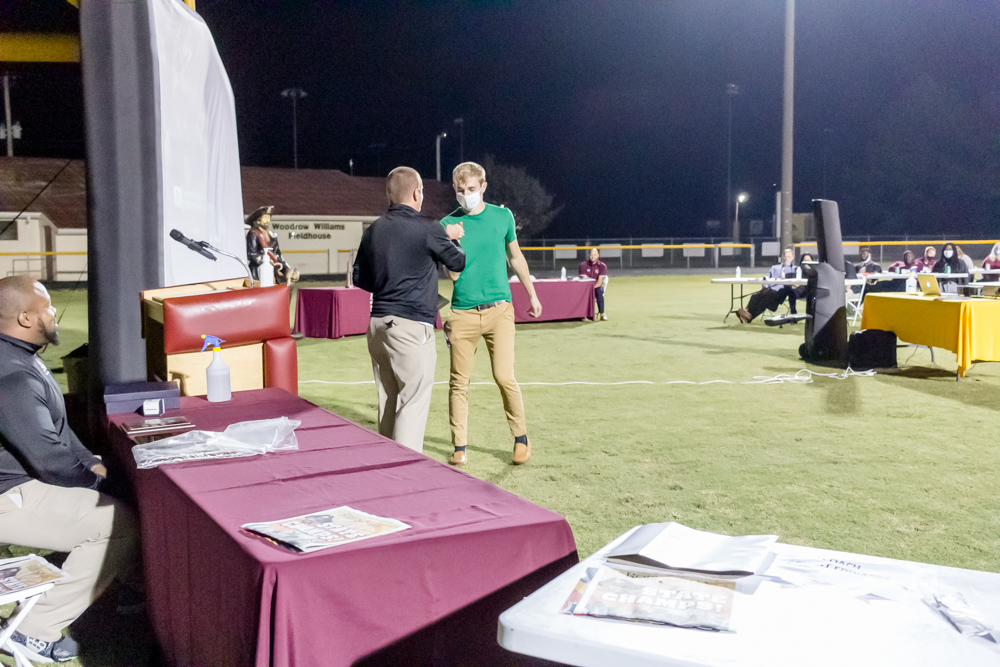 After the awards presentation, Coach Edwards proceeded with the ring ceremony. The Pirates had not opened the ring box until now, and they each opened their box at the same time. Wow what a ring! 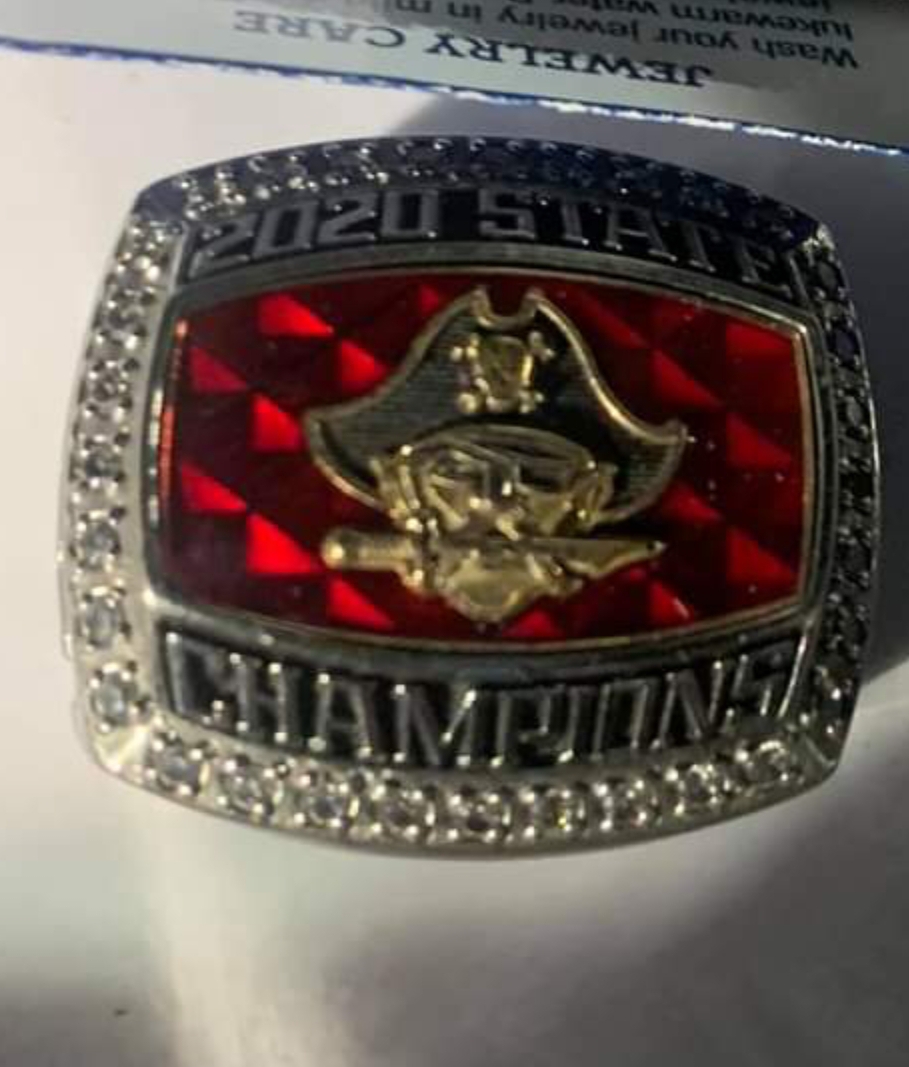 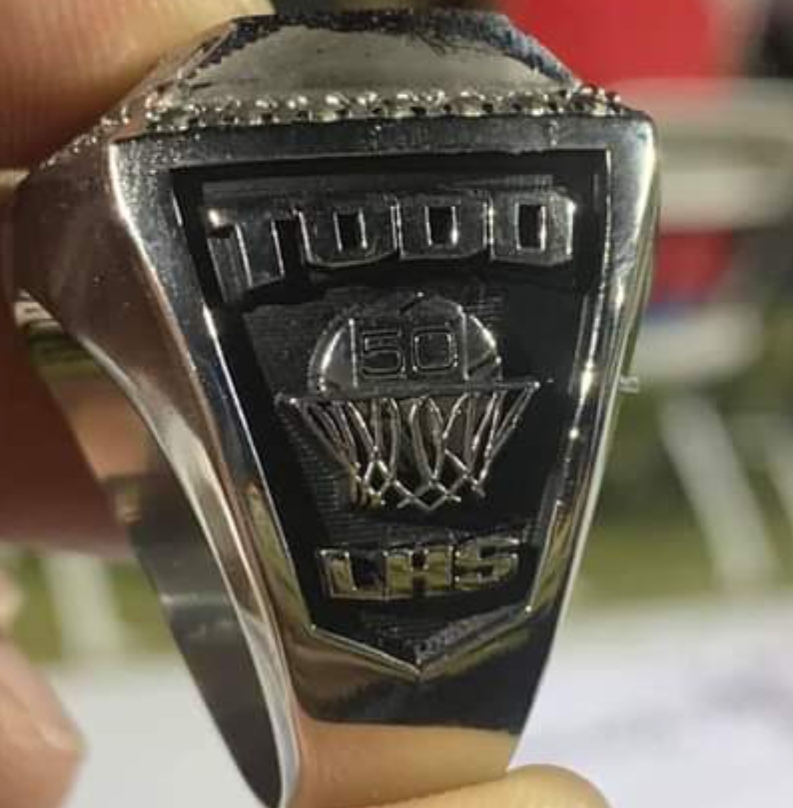 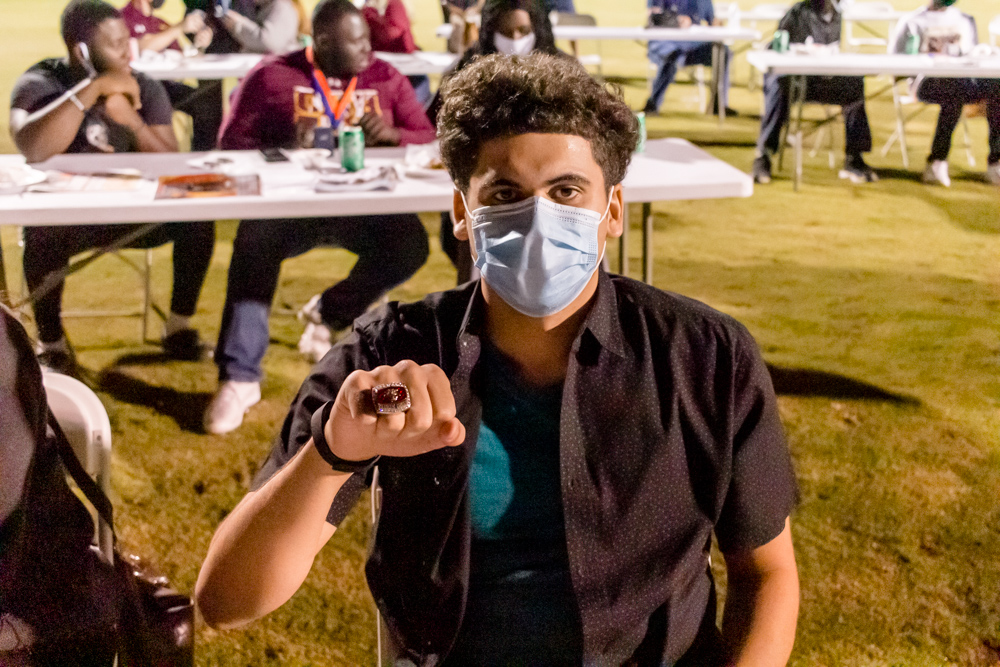 Congratulations Pirates! We can’t wait to see what is in store for Pirate basketball the 2020-2021 season!