If you followed Madison Canady as a Pirate you knew she was going to do big things in college. She hasn’t disappointed for sure. Her hard work and accomplishments on the softball field are still keeping her name in the news.

Canady recently checked another accomplishment off her list as she was named Big South Player of the Week! This is a huge deal to be named player of the week in the conference. The Big South Conference includes colleges/universities from 3 states (NC, SC, and Virginia). Canady continues to be the best of the best.

As a sophomore, Canady verbally committed to Division I Radford University. This is her 2nd softball season as a college player. Canady was named the Big South Softball Player of the Week for games played March 22-28. Canady batted .444 (8-18) with three doubles and seven RBIs.

Madison Canady with the walk-off!! What a way to end game 1 of the day!#RiseAndDefend x #RiseAndDefend pic.twitter.com/91FZ6BACYx

There it is! A two-out double by Madison Canady drives in Douglas and gives Radford a 3-0 lead!#RiseAndDefend x #BigSouthSB pic.twitter.com/JGIF3WFXPd

Way to go Madison! We miss you and so very proud of you! 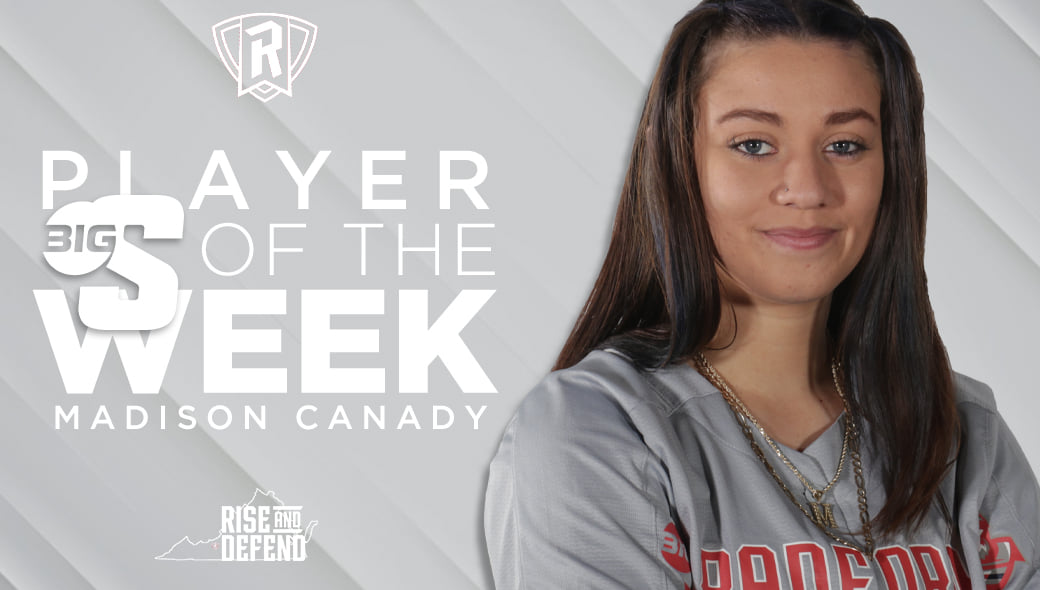